To my recollection my grandpa, John, did not hug, cuddle, or play. He rationed laughter and smiles like a miser. Not an easy man to be around much of the time, there were strict rules to be followed for just about everything. The TV came on at 5:00 for the news, not any earlier, and all shows that followed needed his staunch endorsement. Every night without fail he checked windows and doors with a flashlight outside and in, followed by dire warnings should we monkey around with any door or window after it had been checked. 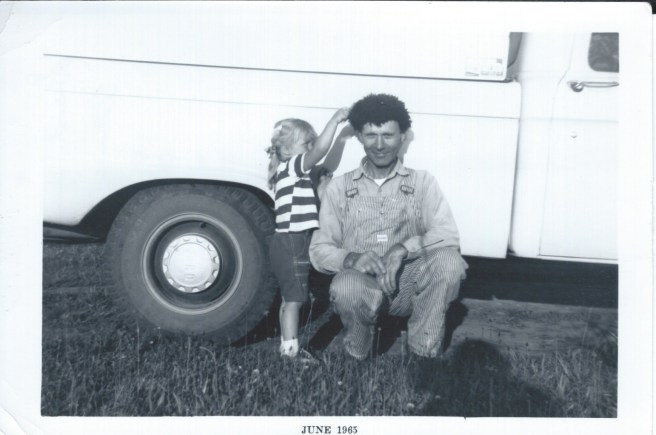 “Fools. You’re all fools!” was the reply to anyone who should question his logic. “You can’t reason with craziness,” was my mother’s explanation when I asked why he was the way he was. You didn’t dare go in his room, nor touch his stacks of catalogs, or even move his milk in the refrigerator. He had a strict system for every part of his day from his clothing, monochromatic gray work shirt and pants, his morning toilet, his daily exercises and stretching, to his meals.  Today I think this behavior would have been diagnosed OCD.

Grandpa’s unique qualities influenced all aspects of the home. Food, cooking, and meals included. Routine was paramount in Grandpa’s world. Daily dinner consisted of broiled plain hamburgers, boiled potatoes, and a vegetable side. Grandpa eschewed butter in favor of corn oil on his potatoes. Corn products were popular toppings on his pancakes as well—corn oil and dark corn syrup. Desserts were few and far between.

With such a menu I asked my mom at one point if Grandma knew how to cook anything else. My mom assured me Grandma was a very good cook recalling a time when as a teenager hoping to surprise my grandma with a birthday cake, could not beat the egg whites to stiff peaks. Making up some other story she called my grandma who came home quickly, whisked the eggs in no time and left back to work.

Easter, Thanksgiving, and Christmas were the exceptions to the predictable meals. Those holidays did little to belie the banality of daily fare.  Grandma’s dessert specialities were pies, most notably apple, and a cakey oatmeal cookie that was hardy enough for a meal. I only remember baking with Grandma once and that was met with stern admonishments from Grandpa that children didn’t belong in the kitchen. It worked, I didn’t ask again.

Grandma was masterful in slowing down to find the exquisiteness of a moment, of particular things. Liberty fabric. Fine silks. Wool gabardine. The deep red of a rhododendron, freckled inner petals with contrasting stamen. Finding a four leaf clover in a sea of green. Starbucks ground coffee. Coffee from Starbucks before it was a thing. Starbucks—when the only store was by the Pike Place Market in downtown Seattle. Special cigarettes she could only buy at Bartell Drug, not far from Pike Place; unfiltered, packaged in a hinged, flat white square box. Grandma wasn’t a heavy smoker, only smoking one to three cigarettes a day. When she smoked she savored it.  She smoked outside way before second-hand smoke was in anyone’s vernacular; I suspect it was her way of ensuring she had a time and place unto herself.

Looking back on it now, she reveled in that which brought her pleasure. One of those things was raspberries topped with cold cream and a sprinkle of sugar. I remember clearly Grandma sitting at the dining room table eating by herself mid-morning. Upon her reply to what she was eating I must have wrinkled my nose as she told joyfully me how good it was. And to prove a point she fixed me a small bowl of raspberries, topped it with cold cream and a sprinkle of sugar. Luxurious. So very simple, so luxurious. 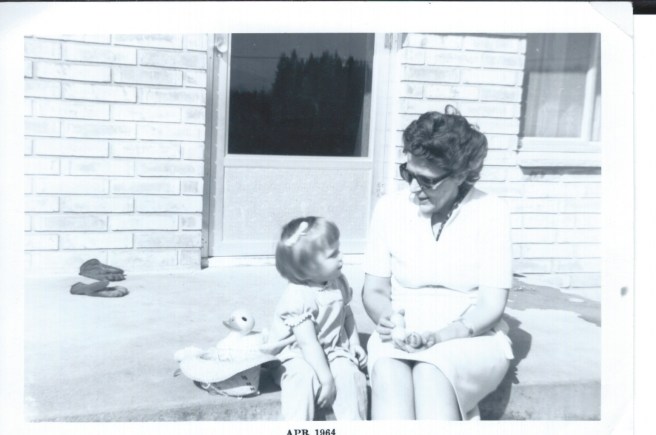 My Grandma also liked hot stewed tomatoes topped with cold cream and sugar as well. No amount of coaxing ever moved me closer to trying it though.